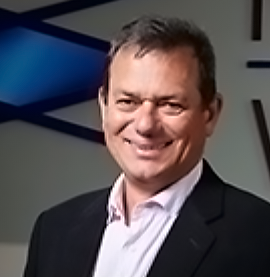 “I was approached by my sister-in-law, Wilma, to support a project in the valley of 1000 hills. Wilma is a volunteer at 1000 Hills Community Helpers. Wilma wanted to start an AET centre where unemployed youth and adults could access free education” says Dennis.

“I am a banana boy and grew up on a farm in the region, so the valley was close to home. I knew the area well and knew of the people and the problems,” he says. “As a kid I was fluent in Zulu and had a number of Zulu friends. This was a project that was close to my heart and of course I was going to help.”

“The valley is a place of such desperation. HIV has taken its toll and there are a large number of child headed homes or homes where Gogo has had to take care of her grandchildren or the neighbour’s children. Hope is not something that these people live with. It is my wish that we can rekindle that flame of hope by giving these youth the tools to fend for themselves. Education is their only hope to get out of the hole they have found themselves in.”

The 1000 Hills Community Helpers project was established in 1989 by Dawn Leppan and Alan Paton. They started a community feeding program in the open under the trees in the Inchanga area. The project grew over the years and in 2008 a permanent home was built, comprising a health and wellness clinic, children’s infirmary, as well as education and development facilities.

“We agreed to provide all the learner and facilitator material for the project,” says Dennis. We train the facilitators and give regular update training as it is required. We supply and support all the multimedia software and offer the occasional IT support when needed.”

“We have been supporting the project since 2008 and have committed to give support, training and material for as long as it is needed. We are very proud of our learners who have done so well and are proud to be making such a difference in these people’s lives.”