My Legacy | A Garden for the Children

Media Works > CSI > My Legacy | A Garden for the Children 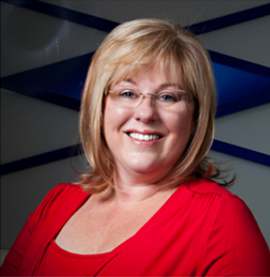 We had just opened our Media Works office in KZN in 1998 when I heard about a friend of mine who had adopted a little boy Simphiwe. Simphiwe was found abandoned in a toilet at a train station in Durban. Not only was Simphiwe abandoned, but he was also ill. This story touched my heart completely, as I just gave birth to my son.

My friend came into contact with Simphiwe, because she was a volunteer at The Edith Benson Babies Home. The home caters for 60 children between the ages of birth and five-years-old, who have been abandoned and may also be ill ­- some HIV positive and with terminal illnesses.

Some of the children arrive at the home not even having names. I could see the absolute despair in these children’s eyes. I simply had to get involved in giving these children better lives, knowing how I loved my little boy and wanting the best for him in life. There is nothing more precious than a child.

I thought of what I could do to make their lives better. I felt completely ill-equipped and helpless. Apart from supplying care and food the children needed something else. I decided on giving them access to a garden. It is a nice space in which to play and enjoy nature, a place where they could feel the sun on their faces, adding value to their lives.

The gardens at the home are big but plants in KZN grow wildly and freely. The gardens were so overgrow the children had nowhere to play. We needed to hire a gardener to maintain the garden and Media Works agreed to sponsor his salary. A garden is a luxury, the orphanage needed to use its money for more important things like food and medicine. The children were overjoyed about the garden. Being able to play outside and not spend all day cooped up indoors, is a very important part of their development.

Unfortunately, when looking after terminally ill children, death is an unwelcome, yet a common occurrence. We needed a place where the care givers could grieve and the existence of the child would be recorded. It was decided to dedicate a quiet part of the garden, to hosting a Wall of Remembrance. A place to commemorate each child that has passed through this earth, no matter how limited their time was, offering a tribute to these little lost lives. Media Works covered the cost of the construction of this wall as well as the plaques that are made every month. These plaques detail the child’s name and date of death. There were sometimes up to 10 deaths a month, meanings 10 little souls had passed on.

It is really good to be able to say, 14 years later, our biggest expense for the orphanage is the cost of buying new plants and shrubs. No longer are so many children dying from HIV. The response to anti-retroviral medication has been a huge success and its impact can be clearly seen at The Edith Benson Babies Home.

With our efforts to contribute to the wellbeing of our nation, we will continue to help where we can to improve the quality of life of these children. We really take comfort in the knowledge that our assistance in sponsoring the upkeep of the garden and the wall of remembrance is already adding value.