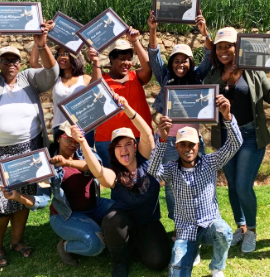 The winners of the competition comprise 15 individuals whose finances or circumstances prevented them from completing their secondary education.

Through Media Works’ Adult Matric programme – Matric Works – they will be able to study for free towards their nationally recognised Amended Senior Certificate (ASC), a qualification that is equivalent to a matric.

The #Matric4Madiba competition was launched in 2018 and was inspired by Mandela’s belief in the power of education to transform the lives of individuals, families, communities and societies.

The success and impact of last year’s competition prompted Media Works to launch a competition again this year.

“By taking part in and winning #Matric4Madiba, these 15 adults each have a key to unlocking a brighter future for themselves by getting a matric. In South Africa, the fact is that a matric certificate is a passport to improving your job and education opportunities. It’s now up to these adults to make the most of this opportunity,” says Jackie Carroll, Media Works’ CEO and co-founder.

The competition, which was run through Facebook in recent weeks, received almost 200 applications. The final winners range from 23-55 years of age and come from across South Africa, hailing from places such as Morokweng in the North West to Bethelsdorp in the Eastern Cape.

In total, there were nine winners from Gauteng, three from KwaZulu-Natal, two from the Eastern Cape and one from the Northern Cape. The stories of the winners are nothing short of inspirational. 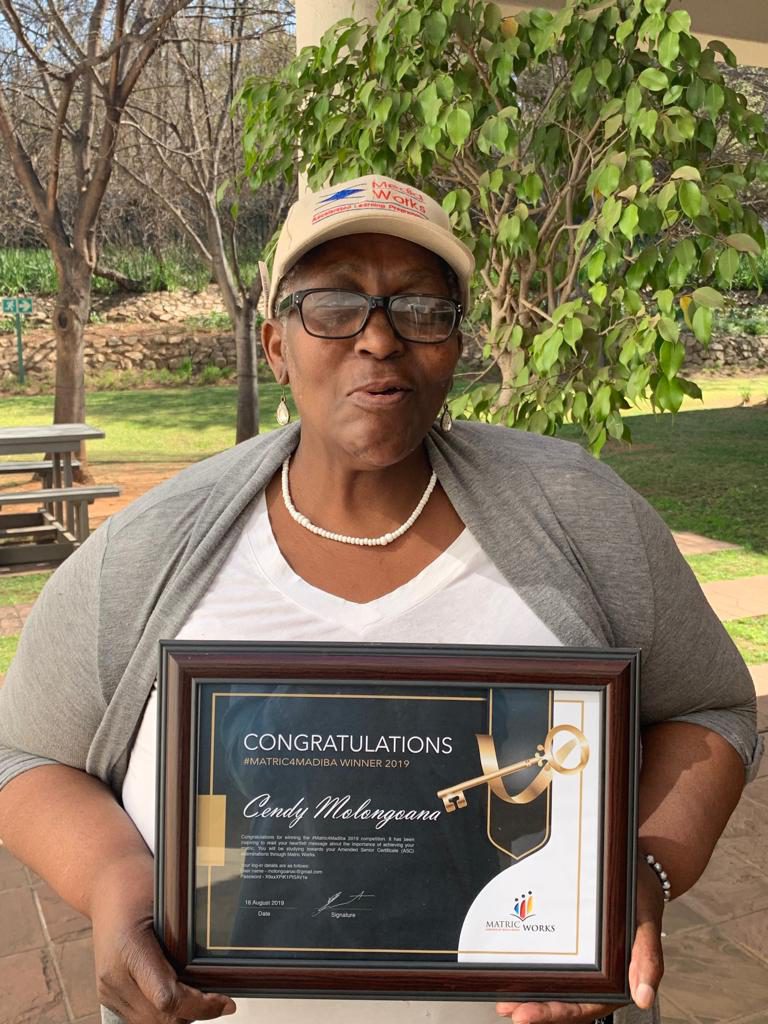 Cendy Molongoana, who is 55 years old and from Alexandra Township in Johannesburg, wants to become a doctor after completing her matric studies.

“I passed my Grade 11 with high marks in Biology and Science and I’ve always wanted to be a doctor. But owing to family and financial difficulties, I didn’t have the opportunity to finish my matric. I still have visions of becoming a doctor; I want to realise this dream,” says Molongoana.

Another winner, Tsheka Sindisiwe (30), comes from a remote Eastern Cape town called Bizana where she resides in the township of Kantolo. Sindiswe says she’s realised how important education is to young adults in South Africa.

“Let us stand up and prove that we are really proud of Tata Madiba and do as he said: that is, to lead the country with education. The gift of education is so important and no one can take it away from you. Together we can make a difference in our country,” says Sindiswe.

Meanwhile, Jeremy Naransamy (36), who comes from Lenasia in Gauteng, says that winning this competition gives him an opportunity to find better employment and provide for his children.

“I left school in the year 2000 and it was a huge regret in my life. I realised in subsequent years that I needed an education and, specifically, matric to further my studies and to progress in life,” says Naransamy.

This year’s winners will have access to all subjects of their choice via Matric Works’ online learning platform.

Whether they need to complete just one or all six subjects to obtain their matric, all the winners will be supplied with quality course material, presented to them through best practice online learning methodologies.

“Matric Works learners can study anytime, anywhere and at their own pace, while enjoying constant support,” says Carroll.

“We are proud to be taking Mandela’s legacy forward and we wish these 15 winners the best of luck in their future endeavours,” adds Carroll.