Literacy and numeracy: prerequisites to prosperity 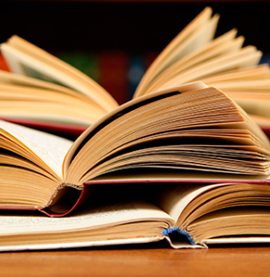 Literacy is a critical metric. It serves not only as an indication of an individual’s level of education, but of a nation’s economic potential.

Resilient countries depend on literate, educated people who are capable of communicating effectively, working with numbers, and engaging with the world around them in meaningful and productive ways.

This Human Rights Day – as we examine the extent to which South Africa is delivering on the right to education enshrined in our Constitution – assessing our levels of literacy offers some insight into where we are, and where we want to be.

Although we still have a long way to go, our trajectory over the past 20 years or so points to just how far we’ve already come. The most recent General Household Survey conducted by Statistics South Africa in 2018 shows that the percentage of people over the age of 20 who do not have any education at all decreased from 11.4% in 2002 to 4.5% in 2018. The number of people over 20 who could be regarded as functionally illiterate has also dropped – from 28.5% in 2002 to 13.0% in 2018. Figures for 2019 are not yet available.

From these numbers, it’s clear that basic literacy among adults is better than what it was. Where once adult education and training organisations such as Media Works would find adults with alarmingly low levels of literacy registering for its courses, this has improved dramatically in recent years. Increased access to education is having a knock-on effect among South Africa’s adult population.

But this is not to suggest that literacy levels are where they should be. Discrepancies in the quality of education vary greatly, and remain a major concern for learners, educators, politicians and economists. In the age of the fourth industrial revolution literacy is not only a basic human right, but it is also essential in ensuring that countries remain relevant in a rapidly changing society.

Programmes that address both communications and technological literacy are likely the most beneficial at this time. Media Works’ Accelerate Pro programme, for example, provides adult learners with both communications and technical skills through its computer-assisted and face-to-face training methods. The programme also makes use of QR codes, which grant learners access to short multimedia lessons that facilitate their learning and improve their technological acumen. The result is a holistic approach to literacy and numeracy.

A word on numeracy

Numeracy levels in South Africa remain low – significantly lower than levels of reading and writing. Mathematics in South Africa is a compulsory subject, up to Grade 9. Thereafter, from Grade 10 onwards, students can choose from three options: mathematics as we know it; mathematical literacy, which covers day-to-day mathematical issues; and technical mathematics for learners who intend pursuing technology-related careers.

All three are important. However, it is alarming to note that there were 14,178 fewer learners taking pure mathematics in matric in 2019 compared to the year before, while the number of learners taking mathematical literacy increased by 6,362 learners. 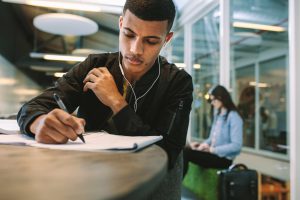 There is a definite need for us to think about how mathematics is being taught in South African classrooms in order to address this issue. If South Africa is going to keep up with the demands of the fourth industrial revolution, a numerate and mathematically minded nation is critical. Maths, at any level and at any age, cannot be neglected.

And as we look to the future? Where does the responsibility for improving South Africa’s literacy levels lie? As with all countries, some of the onus rests on government, but it also rests with corporate South Africa. Having a literate and numerate workforce has a direct correlation with increases in employee happiness and productivity, as well as businesses’ profitability. There are also key benefits in investing in the training and upskilling of employees – doing so counts for skills development points on the Broad-based Black Economic Empowerment Scorecard.

Literacy and numeracy – among children and adults alike – is the starting point. It’s where we begin to develop as individuals, communities and a country. It’s how we make long-lasting prosperity possible.