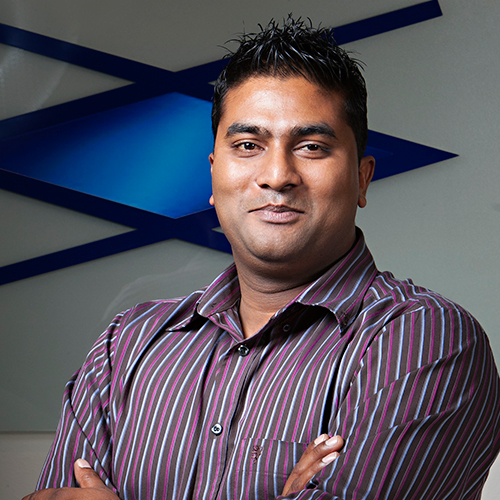 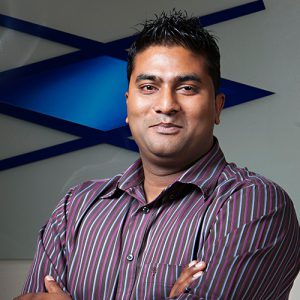 My name is Dion Reddy and I am privileged to have been involved in a wonderful project during the last four months that has truly warmed my heart and proved that the ‘pay it forward’ principle has long-lasting implications.

One of my Clients, Comhousing (which is a subsidiary of Strauss Daly) contacted Media Works after their CEO, Johan Strauss, met a young man named Sakhile Mathenjwa at the Umfolozi Game Park near the North Coast during December 2012. Sakhile impressed Mr Strauss with his enthusiasm to such a degree that he decided to ‘adopt’ him and enrolled him for Adult Education and Training programmes.

Sadly, Mr Strauss was very ill at the time of meeting Sakhile and just after the start of Sakhile’s studies, Mr Strauss passed away. It personally made me very happy to know that he had seen his dream of enriching someone’s life come true before he passed away. Sakhile was asked to speak at Mr Strauss’ life celebration, which was a wonderful moment for everyone who attended.

This is when I decided to became more closely involved in the project and make Sakhile part of my legacy. I was so inspired by Mr Strauss’ need to ensure his legacy lived on that I adopted the same viewpoint. I could see the change in Sakhile and I wanted to be able to say that I had been a part of securing this young man’s future. 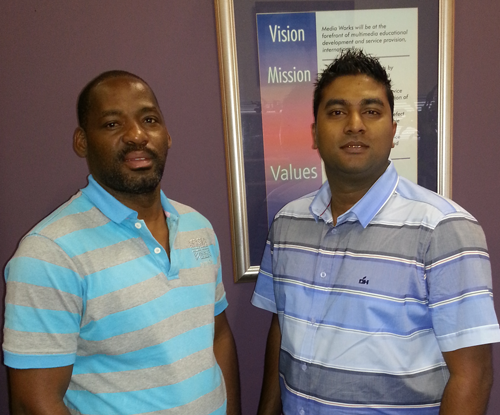 Thanks to efforts by my team and Comhousing, Sakhile started his training in 2013. The company has covered all of his living expenses, including a monthly salary that replaces the salary he used to earn at the game park. This was done so that Sakhile can solely focus on his studies.

Sakhile is enrolled in Working Literacy, Working Numeracy, Essential Computer Skills and three Work Readiness short skills courses. These courses were structured specifically for Sakhile and were put together to ensure that he has the ultimate ‘world of work’ training. Comhousing provided Sakhile with a new laptop to make sure that the full benefits of the Media Works multi-media approach were been accomplished. He is assisted by our longest-serving facilitator, an ex-school teacher named Herb Mostert.

Sadly, Sakhile received bad news two weeks into his studies – his two year old son had suddenly passed away – and I had to deliver the terrible news. This was hard for me, as I am a parent and I could completely understand his pain. Despite this setback, he returned back to Durban within a few days and continued with the training programmes, and is doing very well.

Besides managing his studies as part of my job requirement, I am proud to say that I am Sakhile’s mentor and friend. I am happy to help whenever it is needed, as I want him to succeed! I fetch him from home every day and bring him to the office so that he can complete his modules timeously. I have become his ‘go-to guy’ – when he needs advice or is having issues at home, he always asks for my opinion and guidance. I assisted him in drawing up a budget and teaching him how to manage his financial affairs in such a way that he can afford to live in Durban while he studies and still take care of his responsibilities at home. I often run through staged job interviews with Sakhile so that he becomes accustomed to the type of questions that will be asked and to assist him in responding in the best manner possible. Two months ago, Sakhile was tasked with an assignment from the Durban Institute of Technology. They wanted him to put together a team that would be able to work on the naming of birds in Zulu. This interested him greatly and in turn, I became so enthusiastic about this opportunity, that I guided him in the approach he used when he selected the team.

Sakhile is a talented young man who will make a great success of his life. His eagerness and dedicated personality will ensure a great future for him. The vision that Mr Strauss had for Sakhile is coming true every day and I am honoured to be a part of it. Sakhile and I will remain friends and I look forward to seeing him prosper.