Meet the 15 adults who won the #Matric4Madiba competition 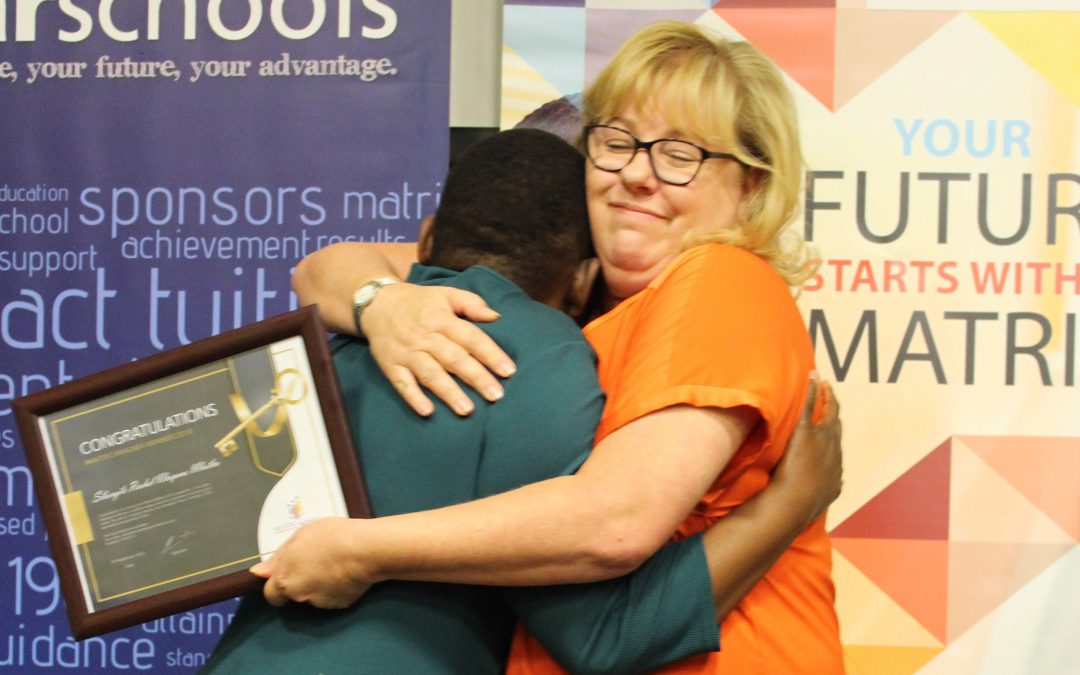 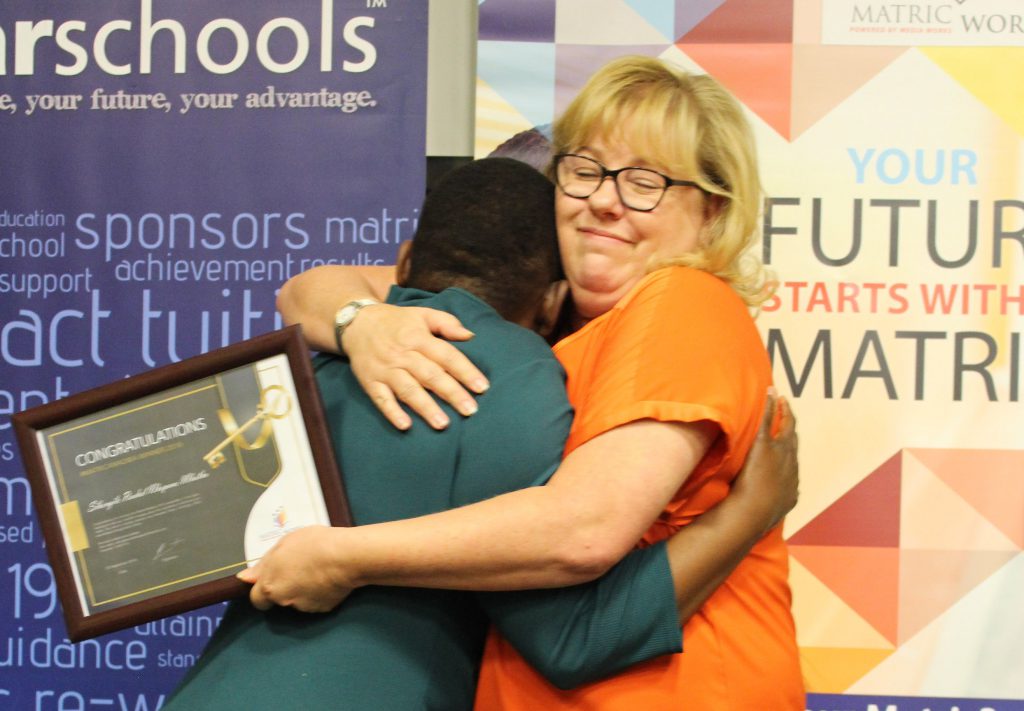 CEO of Media Works Jackie Carroll (right) congratulating Sibongile Mbathe (left) on being one of the #Matric4Madiba winners.

On Tuesday 25 September 2018, Media Works was proud to announce the winners of its #Matric4Madiba competition.

The winners comprise of individuals whose finances or circumstances prevented them from completing their secondary education. Through Matric Works, they will be able to study towards their nationally recognised ASC, a qualification equivalent to a Matric. 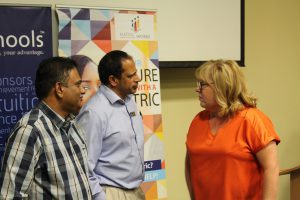 Star Schools has partnered with Matric Works on #Matric4Madiba to offer seats to all the winners for the final examination of the Amended Senior Certificate 2019. Pictured from left to right are Star Schools’ Tharef Khan and Yunus Ebrahim. In the far right is Media Works CEO Jackie Carroll.

At an event held at Media Works’ offices on 25 September, the winners were handed their golden key certificates, symbolising the next chapter in their lives as they embark on completing their matric.

Here are the stories of these winners and why such an opportunity matters so much to them.

Letitia Redlinghuis, 33, currently unemployed and from Bethelsdorp in Port Elizabeth

“I never matriculated. I had to work and help my sister complete her matric. So, I had to drop out of school and work for her so that she can have a Matric. So, I feel very excited and I can’t wait that now I can finally have a Matric and have that on my certificate. I want to do a welding course after finishing this process.”

Tebogo Lenah Mashapa, 30, a petrol attendant from Soshanguve in Tshwane

“It makes me very happy. I’ve always wanted to write my Matric. While I was in school, I didn’t have an opportunity to do Matric because I got sick, I got TB. At school, they said I must stop coming to classes because I was coughing and sick. So I stopped and I didn’t get a chance to go back. After completing my Matric, I’m planning to go to technikon. I’m not sure what I want to do yet.”

“It’s an opportunity I’ve never had actually because I’ve got two kids. I had my first daughter in my Matric year, in 2006. So after that, it was just motherhood – I’ve been working all the time. I’ve tried to rewrite Matric previously but then I couldn’t do it for many reasons. I feel like winning this has come at the right time for me now. It’s an awesome opportunity for me because my daughter is currently in Grade 8, and when she heard that I was going to rewrite Matric, she just couldn’t believe it. I want to study further at university. I want to do transportation because I’ve always loved it.”

“For me basically it means that I’ve got an opportunity to start again. I just want to take this further. Academics is my dream – I always wanted to go to university, especially Wits. I’m passionate about science and I’m young and dynamic.” 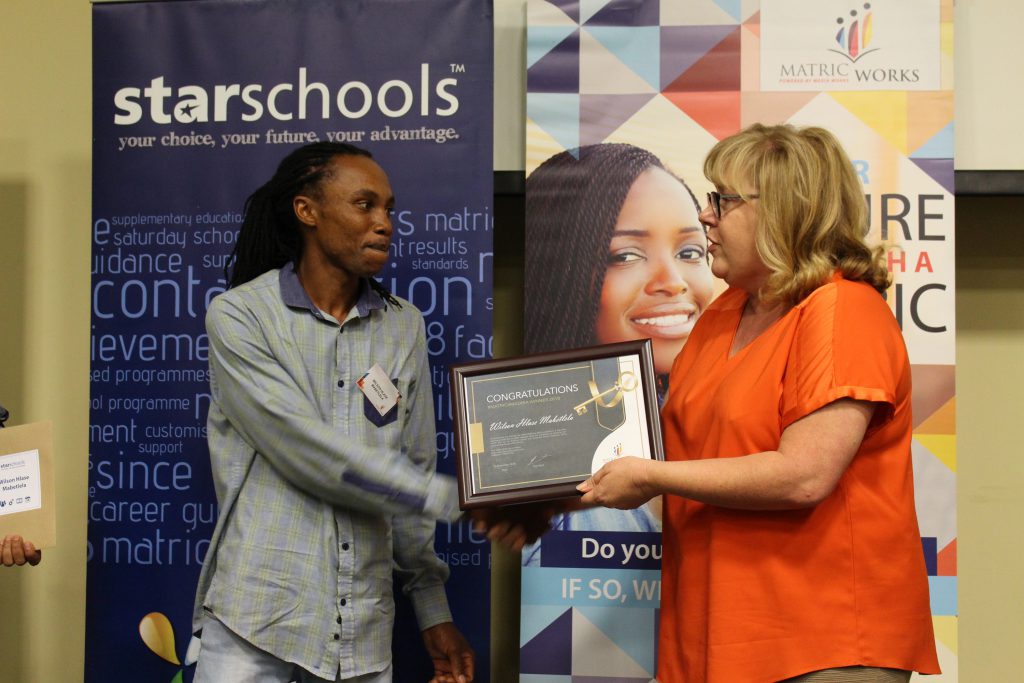 “It’s an overwhelming feeling to win. I’ve been struggling to get somebody who can finance my studies as well as the registrations, examinations etc. Media Works has made it likely for me and I feel that I won’t disappoint them – I won’t disappoint myself after realising that I needed this education so much. I’ll give all my best to make sure that I complete it. I’m going to go for my civil engineering degree or either a building construction diploma, if possible. This is my passion – this is what I’ve wanted to do.”

“It feels so great; I’m so over the moon. I’ve been waiting for just such an opportunity to come along. But I wasn’t just sitting around and expecting good things to come by me. At least, I did something. I was knocking on different doors. I’m a self-employed entrepreneur. I’ve got relatives and family who have their own businesses as well and I’d like to have that qualification in order to help them. I also want to be a good example to our two young sons and for my other cousins who didn’t finish their Matric.”

“I’m so, so happy. There was a time when I applied at Tshwane College. I applied for three subjects and I only passed two. So, I had a lot of challenges – financial-type challenges. As much as I wanted to write my Matric, I couldn’t fund myself educationally because I had kids. I already had two kids. I still want to further my kids’ education but I have to start with myself. So, if I don’t have matric, I won’t get a proper job. I’m currently working in supply-chain management but I know that when I’m finished, Matric is required for me to get a further position.” 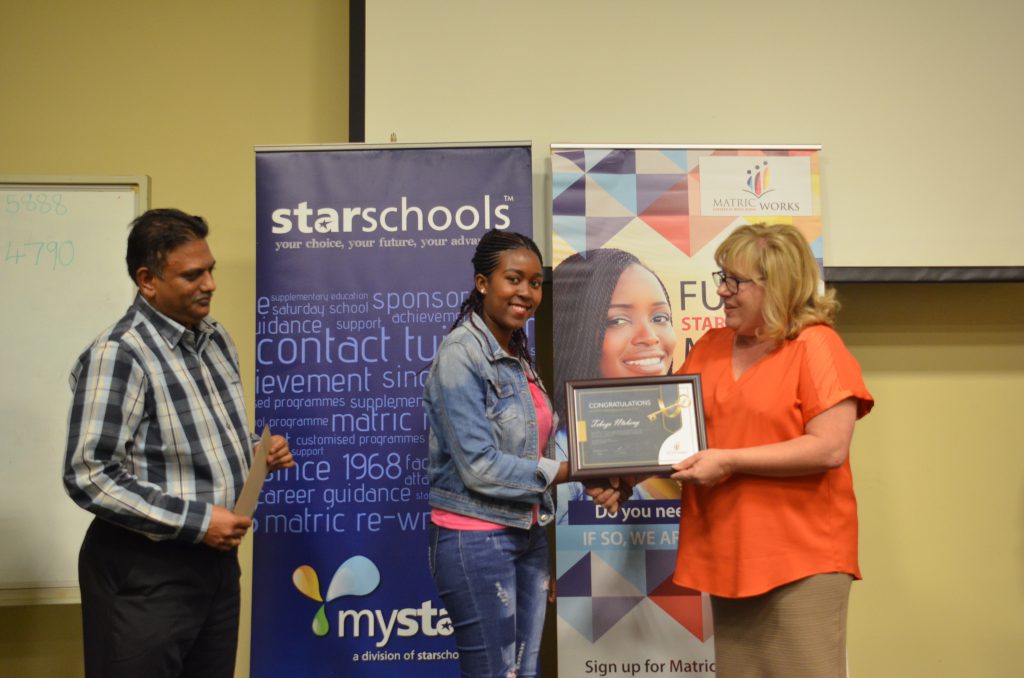 Tebogo Ntebeng (pictured middle) says she wants to pursue a career in beauty after completing her Matric.

“It feels so exciting. I’m so overwhelmed. I’ve got mixed emotions – I’m happy. I’m going to further my studies – I love beauty. I’m going to pursue that. I recently got a job at Pick n Pay, but I’ll balance it [with study].”

“I’m excited. I’m feeling like I’m starting my life again when it comes to studying. Matric is the first key you need in life. So, I feel like I have my key now and I can go and open other doors. My dream is to become a police officer or a doctor. So, now I can start to plan and work towards my dream.” 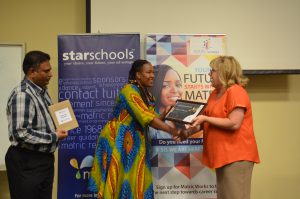 Sibongile Mbatha, 29, a facilitator from Spruit

“When they called me, I didn’t know whether to jump for joy – because I really didn’t believe it that I won. I was beyond excited! No words to describe it. I’m a facilitator by default where I work. So, I think the job I do just made me gain a love in education. So, I want to continue in the field that I am in – get as much experience as I can. In the long run, I do want to open my own creche – it’s what I always wanted. So, with these tools, it will basically expand my horizon. My children are also the main reason why I did it. I’ve got three boys. I did it for them, more than for me.”

“My Matric will lay the basic foundation for me to open any door I so desire, and it will enable me to achieve any goal I set myself. I need this opportunity to write my Matric as I have lost a multiple of years, and this will help me fulfil my constitutional rights to education, which is an ideal for which Nelson Mandela was willing to die for. I can only do my best to honour him with success. It all depends on my marks. If I pass well I will go to university because I’m in love with learning. I’m still at home, so I’m planning to go and study hard so that I can get good marks.”

“I would love to complete my Matric as I am desperate to do so. Matric will open my doors to higher education institutions. During these times, if you don’t have Matric, you aren’t accepted anywhere. I had been raped in my final year in 1999 by a gang and it took me years to gain back my self-confidence. It’s still hard for me today because of the depression I went through. What I want the most right now is to complete my Grade 12.”

“I suffered from a kidney infection in 2003 while I was in Matric. I only wrote three of the subjects and after that, I was hospitalised for a while. I then wrote my remaining Matric exams but didn’t pass as I had no chance to study. I was in hospital most of the time that year. I now realise how important it is to have matric. I have been trying to apply for jobs with no success because the first question they ask is whether you have Matric.” 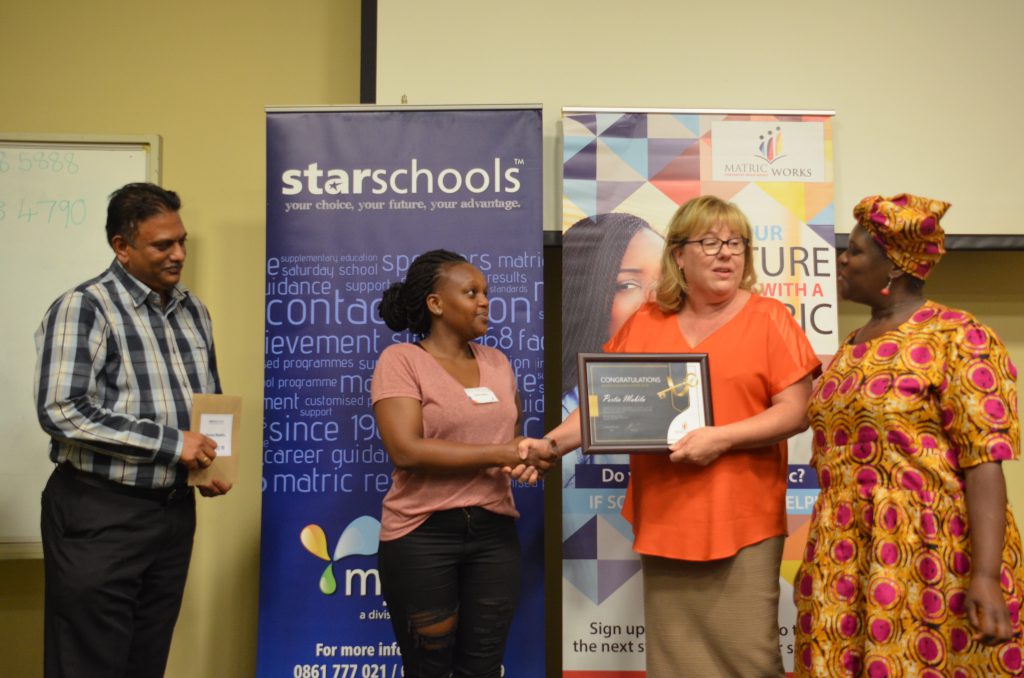 Pictured second from the left, Portia Mabilu says she views education as the key to success.

“I’m a mother of four kids and I didn’t get my Matric because I had my daughter at an early age. At that time, I felt that I had to do what’s best for her, so I went straight into work from that age. But now I feel that I need to be a good example to my kids, so they know that education is the key to success and that you are never too old to learn. I really appreciate getting the opportunity to learn and better my life as I’ve wasted a lot of time. But I’m willing to study to achieve my goals and ambitions.”